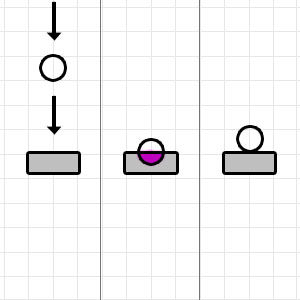 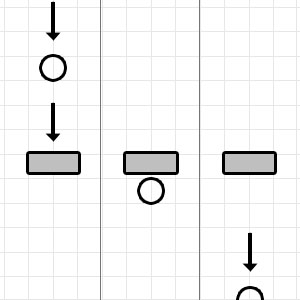 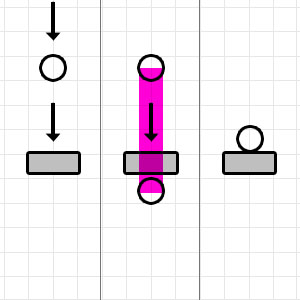 Korayementality
Here's a tip for all of you guys who still have problem with the CCD..(it may help in SOME cases not ALL)

My problem was that I was making a Mario-like game, where at points you had to jump over the baddies to kill them. And there was always a chance that you get killed before you kill the baddie.

The reason for that was cause stencyl detected the baddie as a platform that I was stepping on, so it treats my actor as if it was on the ground and colliding with the baddie normally.

This may or may not solve your problem, so go ahead and try it.
0 8 years, 1 month ago

redfoxwaffle
my actors still go through the tiles, i wonder why?
0 8 years, 3 months ago

Leaufai
This is Level: Beginner, even though it's in the Advanced section. Shouldn't it be Intermediate like the other Advanced topics?
0 8 years, 6 months ago

72master
and what do you do if that doesn't work and slowing it down didn't help either and all the collision groups are correctly set. is stencyl just being buggy or what because this is driving me mad
2 8 years, 7 months ago

fulvio
Brilliant, thanks for that tip.
0 9 years, 4 months ago