Sometimes, you want an actor to act a little bit differently from the norm. Suppose that we’ve created a basic enemy for a Mario-like game, like a Goomba.

Now, we want to make a Hopping Goomba - one that jumps.

You could do this by creating a brand new Actor Type, copying everything about the regular Goomba, and adding a Jump behavior. But a few too many times and you end up with this...

Is there a better way to go about this? There is. It’s called Actor Customization.

What is Actor Customization?

Actor Customization is a feature that lets you tweak a specific instance of an Actor to behave differently.

How To: Customize an Actor

From this point, you can start customizing the actor in a few ways.

How To: Add Behaviors

Click the + button in the Inspector to add a Behavior.

Doing so will bring up a dialog that lets you choose a Behavior to add, for example one that lets our Actor jump and run. 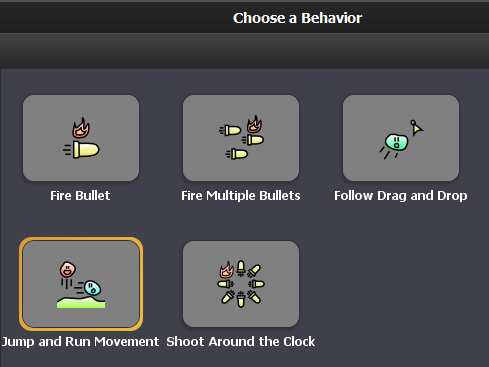 How To: Remove Behaviors

You can also remove a Behavior (for this Actor instance) from the Inspector by clicking the X button.

How To: Customize Behaviors

Suppose that we want a particular Actor to walk really quickly. We could increase the “Minimum Speed” field for the "Wander" Behavior that's already attached to this actor. 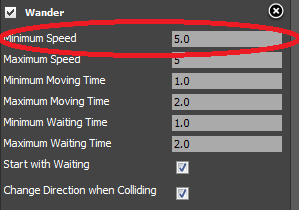 You can refer to specific Actors and Regions within a scene.

Recall that an Actor’s behaviors can’t directly refer to specific objects within a scene. This is why, when you attach a Behavior to an Actor, and that behavior has an Actor attribute, you see this.

Is there a way to enter values into these fields for Actors? There is! Once you customize an actor, those Actor attribute fields can now let you pick out specific Actors and Regions within a scene.

I’ll explain how to do this through a common example: pressing switches.

Suppose that you're playing an adventure game like Zelda. You're inside a dungeon, and you come across a room with several switches. Stepping on a switch causes a particular door to open. 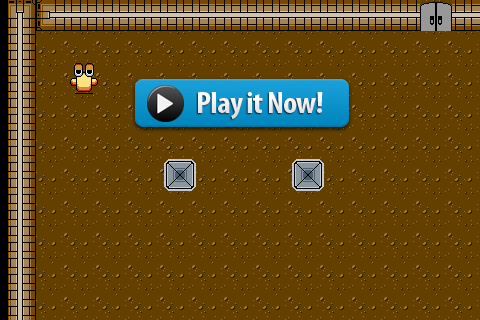 How can we use Actor Customization to make this work?

In a gist, we'll create a “Switch” behavior that, given a “Door” actor, will tell that Door actor to open up when our Hero steps (collides) on the switch. (The switch should also visually change to a pressed-down state)

Through Actor Customization, we can customize each instance of a switch, so each one will open up a particular door when pressed.

Note: As always, these explanations are for learning purposes. You’ll need to tweak the approach to fit your game's needs.

How does this work? Let's take a peek into the "guts" of this sytem. Open up the Switch Behavior behavior.

The key piece is the Actor attribute called Door Actor. When you customized the Switch actor (via the Inspector pane), the "Door Actor" attribute let you pick a SPECIFIC door within the scene. 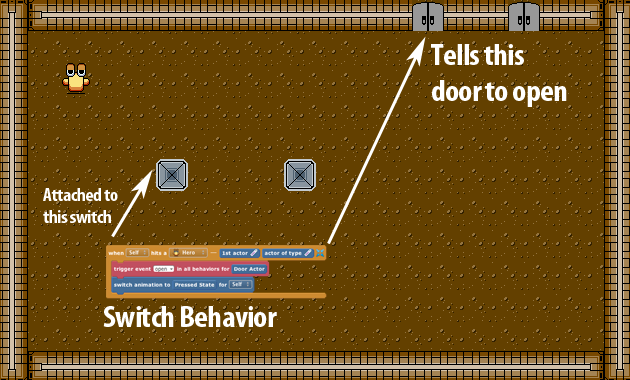 If you understand that connection, you now fully understand how Actor Customization works.

shuaib287
what the heck . my character still doesnt behave probably
0 3 years, 7 months ago

ScottiBanter
Hi, I know that this's an old thread but I was wondering how I might apply this technique to not only change the animation, but change the actor, I'm guessing it's possible but I just don't know how. I'd also like to know how to upon collision with another actor change the player's behaviours (or whatever actor you want to change the behaviours of). Thanks for the help.
1 5 years, 3 months ago

Article has been updated for clarity.

The pressing switches project has been rebuilt and verified to work in Stencyl 3.4.0. (Do not use Stencyl 3.3 or earlier)
0 5 years, 6 months ago

gubba
Using 3.1.0 b7305 .
Got the example file going by adding actor-actor events under the 'main' scene.
That gave me a graphic to click the specific actor and brings up the 'when actor hits actor code wrapper.
yippee
0 6 years, 9 months ago

Our apologies for the broken materials. Stencylpedia is has become quite a challenge maintain, and this is why we don't supply more sample games - because a broken sample game is worse than none at all. We'll figure out a better system to handle this in the future.
0 7 years, 2 months ago

CatCannons
Does anyone know how to make it so that an actor will fire projectiles towards the player as of them entering a certain region?
0 7 years, 6 months ago

HadBabits
Why is it these tutorials always contain incomplete assets? :(
0 7 years, 6 months ago

MarkRosewood
It is possible to get this to work. It seems like it's just the 'Switch Behaviour' that's missing.

Steps to create it are:

Now you should be able to go to the Scene and do the customising as above and get the correct result when you run it.

wizopizo
Please note that all of this is invalid now and doesn't work sadly.
0 8 years, 6 months ago