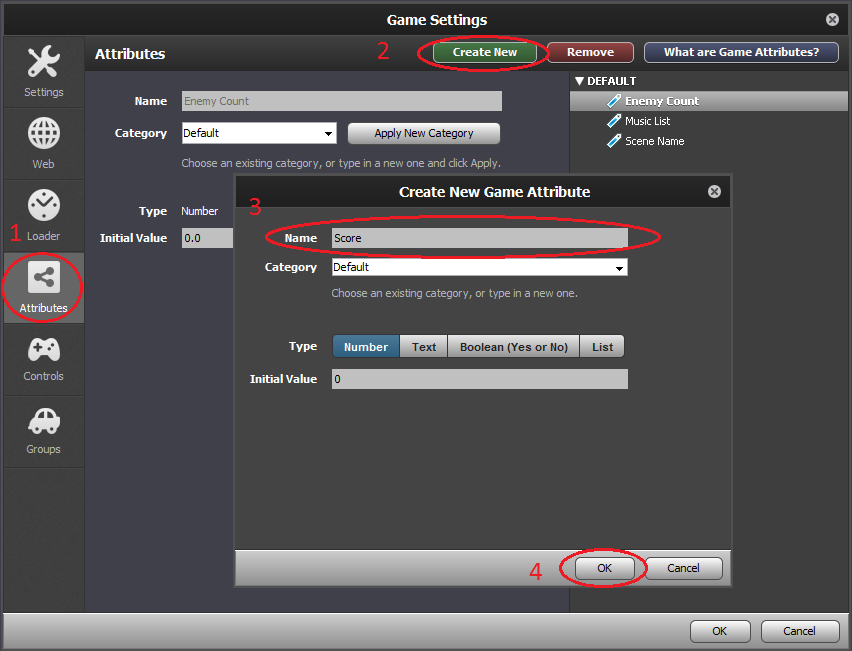 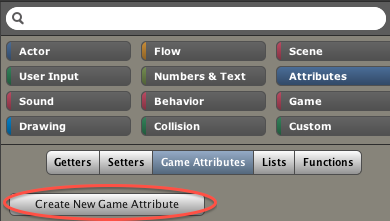 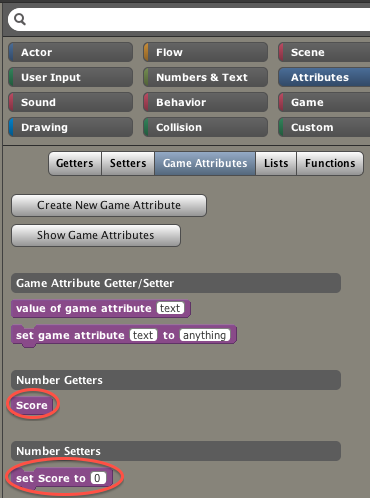 Tanishq
i have deleted a setter attribute please help!!!
1 6 years, 5 months ago

jtech
It is cool but, do I just attach it to a Actor Type and than click on it to activate?
1 7 years, 1 month ago

JohnGuySmith
How can you save or submit sores in to a remote data base that all players no mater what pc or mobile device they are using can submit there scores to?
2 9 years, 1 month ago

coolernow123
my head hurts because this is all a little confusing, but I'm not giving in
0 10 years, 1 week ago

herpeslurpy
@xandramas, the logic can be made in either one, depending on what you need
2 10 years, 2 weeks ago

xandramas
where am I supposed to create the logic? Is it a scene behavior? Is it an actor behavior?
0 10 years, 1 month ago

MDuru80
This is cool, I get to create game Attributes without code, this is really helpful than a coding crud.
0 10 years, 8 months ago