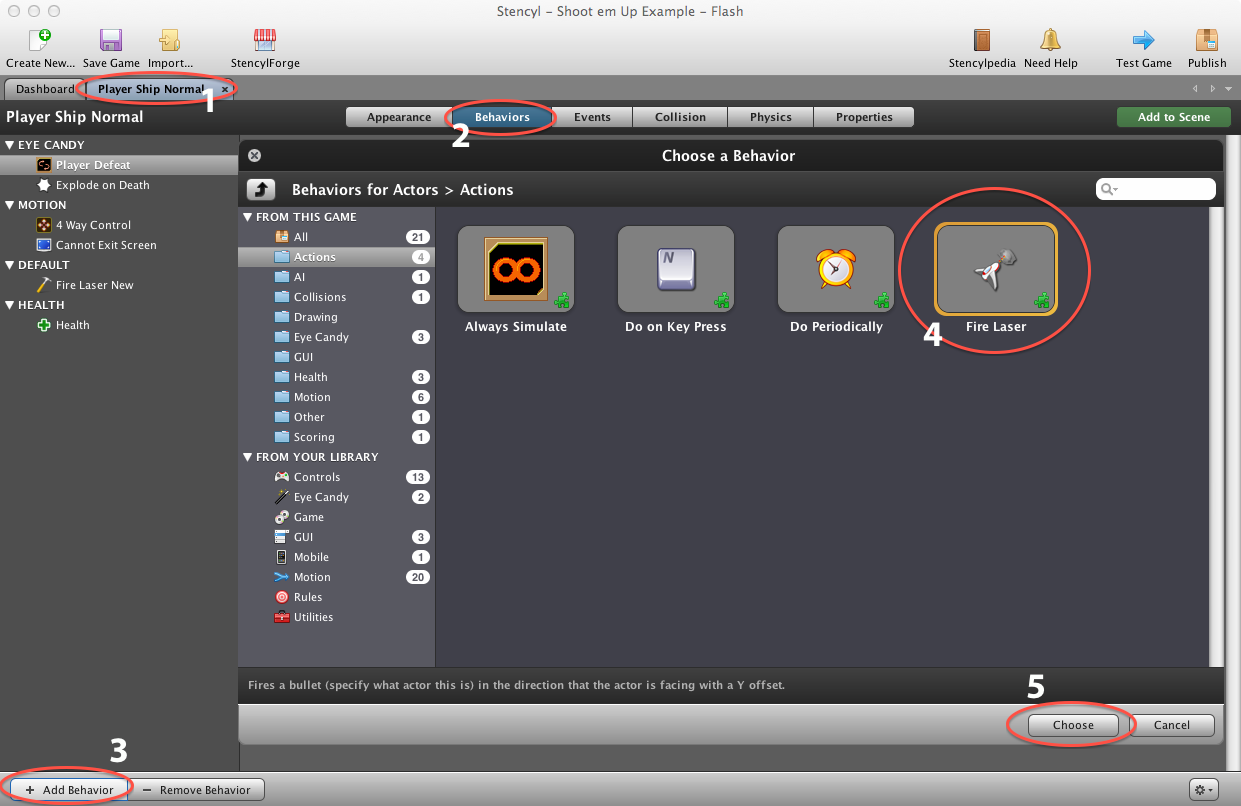 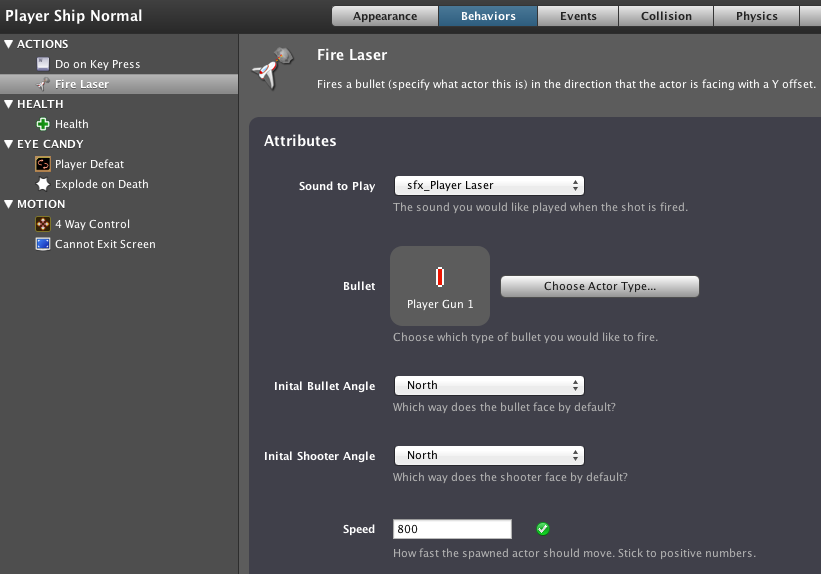 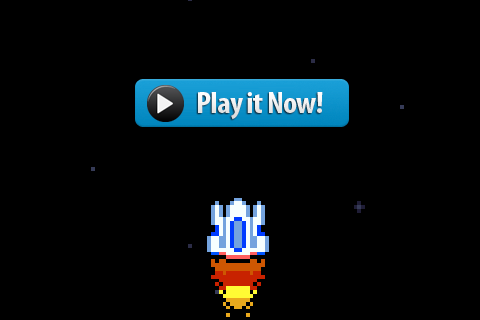 Super Eric
I am a Chinese.Yours language is too diffcult.I even can’t understand this chapter!
-6 6 years, 9 months ago

berendirith
Only a summary about the behavior, etc.
1 7 years, 6 months ago

MrMusiqua
Why not just code the events into the actor event queue? I understand using behaviors when multiple actors will be using them but since, in this example, only the one ship is going to be firing the laser, what's the point of adding it as a behavior?
2 7 years, 12 months ago

rainvillain
I don't have "Fire Laser" as one of my available Behaviors.
1 10 years, 2 weeks ago

Stotch
It seems like this was written as a general guideline for adding behaviors rather than as a step by step tutorial. I managed to follow along anyway by making a ship actor type and bullet actor type from the resources in Crash Course 2, creating a scene and placing the ship actor type into the scene. Then I attached the Fire Bullet behavior from the library included with Stencyl, to my ship actor, since I didn't find the Fire Laser behavior in the library. Worked same as the example except there is no sound option in the Fire Bullet behavior. I found it helpful to review Crash Course 1 to remind me how to add behaviors.
2 10 years, 2 weeks ago

Blacksmith
I could not find a demo to download in order to do the modifications in this and the next tutorials. The only thing on Stencylforge available was a completely finished game called Shoot Em Up (and a much much more complicated game than the examples used here).
-2 10 years, 7 months ago

moonw
(I mean, source code empty with only the necessary things)
-1 10 years, 9 months ago

moonw
if you download the "Shoot em Up Example" you will find that the game is already finished with lots of additional things and task already made, so I think that the source code could be necessary to beginners. Please let me know if I am in a mistake with the source code.
0 10 years, 9 months ago

gamecreme
at the StencylForge search for "Shoot em Up Example"
-1 10 years, 9 months ago