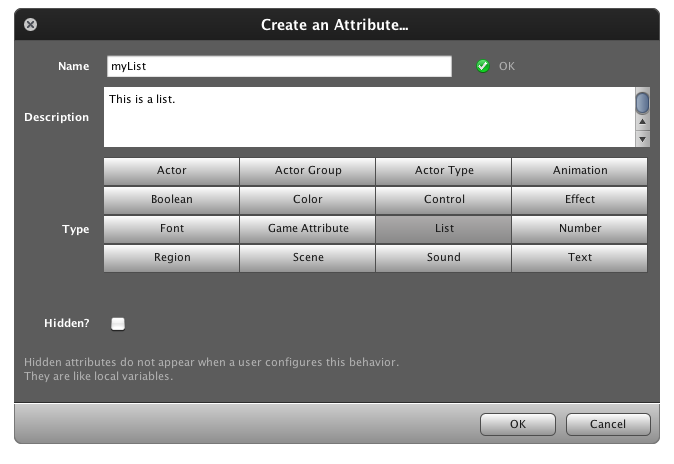 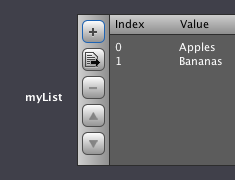 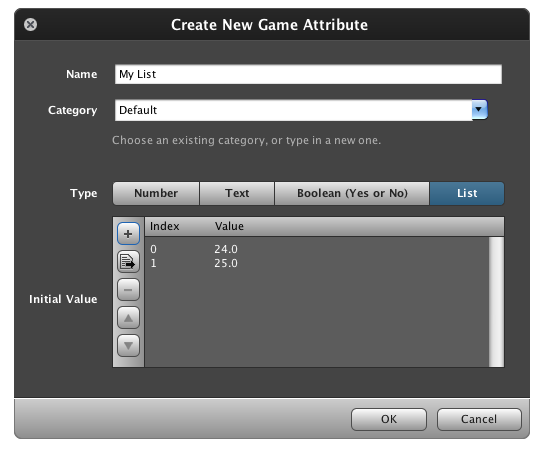 kade 101
i use lists as a save file part in my game as it has 3 game save files witch are all different so you can restart and still see your other 2 saves in the load/save menu for more then one person to play.
have 3 lists named save file 1 -3 as a number after
then write a list on how your information will be stored like this
index number
0 = 100 = health = health i have at save
1 = 50 = amo for gun = amo i have at save
2 = 12 = a sene number teller =code some think that tells what that number = sene name

Mad Bomber
One handy tip I just came across: if you're getting a random item from your list using the "random number between" block, set the upper limit to "number of items in [list] minus 1". Otherwise, it will occasionally try to hit a slot outside your list and return "null".
1 6 years, 5 months ago

Derek
Do lists apply to when you're making multiple save slots in your game?
0 7 years, 10 months ago

Invin K
Data aspects are very hard to work with Stencyl. Phew.. It would be much better with Java or C
-1 8 years, 9 months ago

Seems that Finally I got very simple solution.

murphymen
Why using list of lists to make 2d array? You can easly use only one 1d list, like video memory is organised.
When you want eg. 3x3 array then you can create 9 element list(say array). When want access X,Y index:
array[index] = (Y * num_of_rows) X;

betofantasioso
You can no longer create a list with in a list in Stencyl 3?
0 8 years, 10 months ago

I've added a link to a pre-built 2D list extension that Photon created. That said, the exercise is still a good thought process to run through.
0 9 years, 4 days ago

Shinobody
@Corerupted
Wouldn't it be easier to just store list within a list, like in last paragraph? Each item of master list could be a small list with five Number items in it, representing stat values of a weapon.
0 9 years, 3 months ago