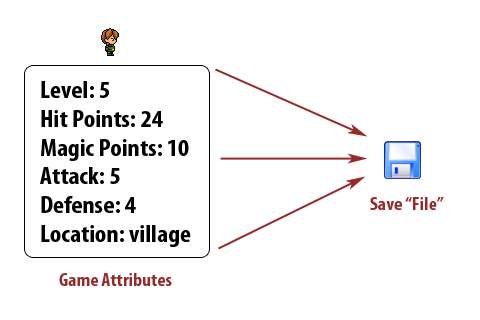 Chris24XD
l have an idea for checkpoints: Some games have some passwords for keeping the game saved. You can make a custom save and load it with password.
0 2 years, 9 months ago

Chris24XD 2
@mikhog Did you check everything??? (and if you doing this with controls, better change it with a button (Actor))
0 2 years, 9 months ago

Chris24XD 2
@Franca Uy Dude, it's just a custom block. You can use a print block to do this. While you testing you're game oen log viewer, save the game and see which message will appear to you.
0 2 years, 9 months ago

Franca Uy
hi, where can i find the display message block? thanks!
-1 2 years, 9 months ago

on the load event, program to the actor be created at the checkpoint that your saved game attribute says that is the last checkpoint reached.
1 8 years, 5 months ago