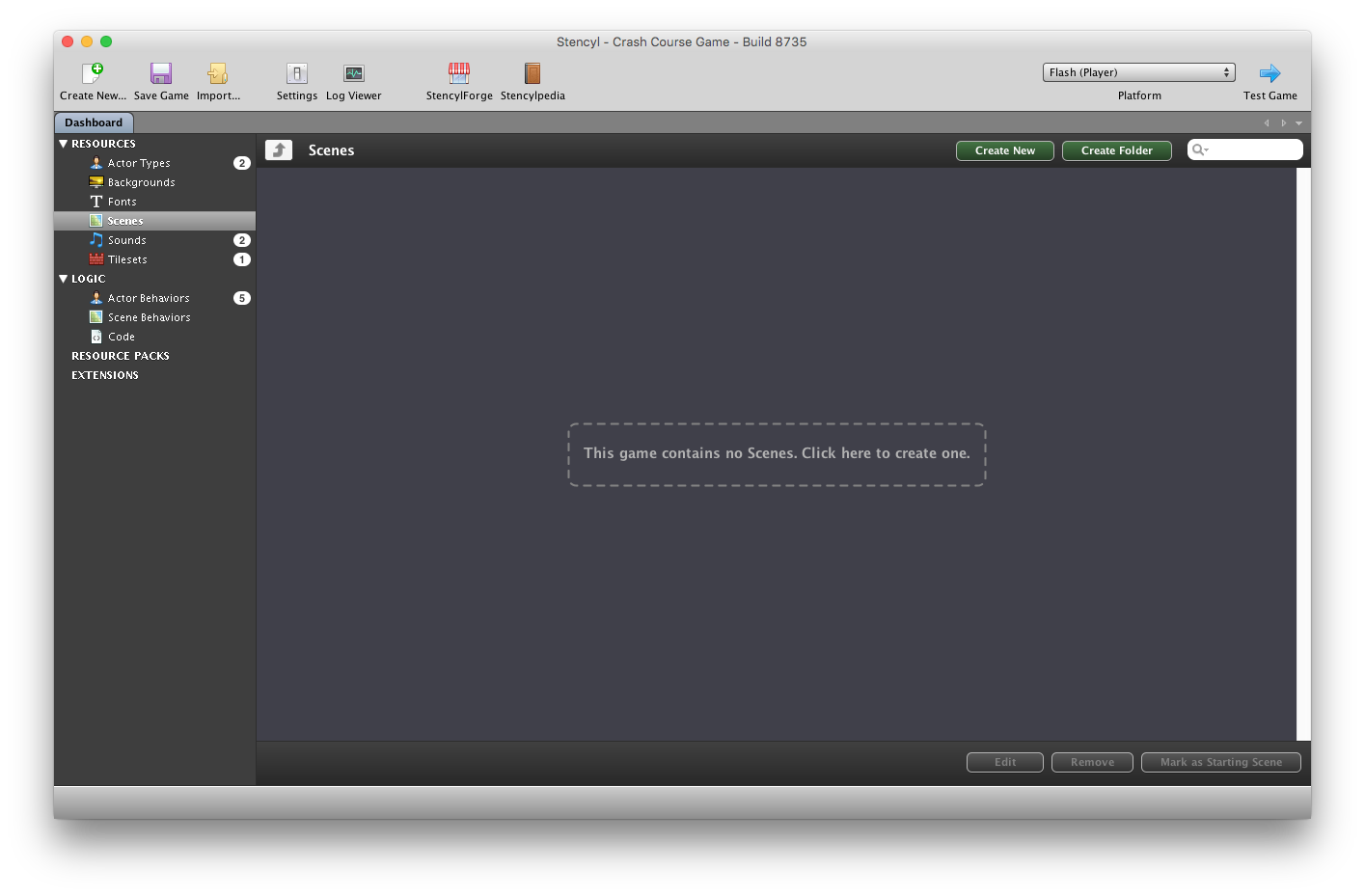 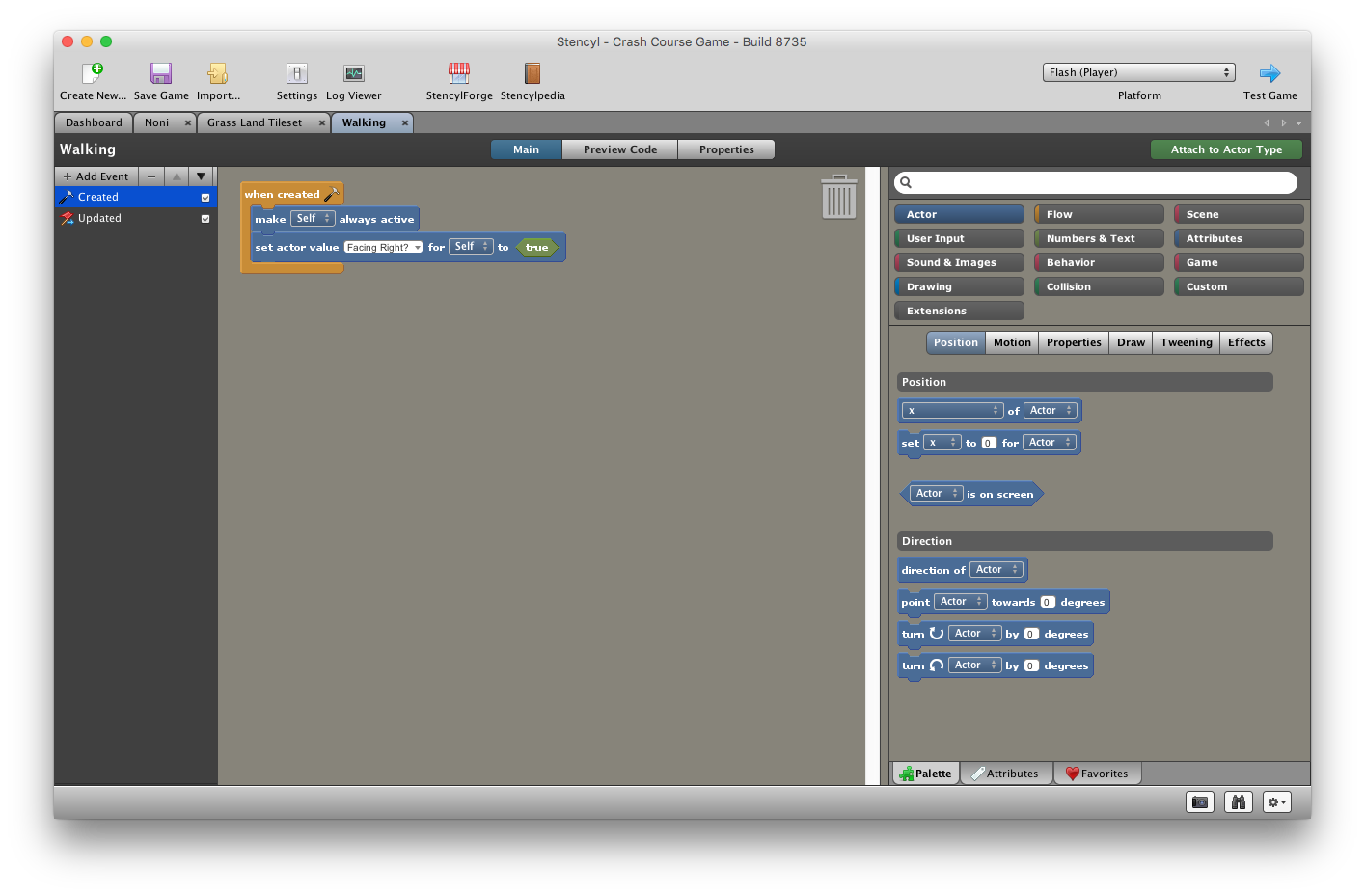 yeeeeeeeeeeeet
this is very hard
0 7 months, 3 weeks ago

xXJOZKERMITXx
I forget how to get off my feet so can someone please teach me how to fall
0 3 years, 8 months ago

xXJOZKERMITXx
Can someone teach me how to fall
0 3 years, 8 months ago

aliceu
I just started the stencil for beginners. I imported the Crash Course Kit. I followed the instructions to create a game. Now the Crash Course Kit has disappeared without starting it and I don't have the two Actors. Any help?
3 6 years, 10 months ago

Akaningyou
I think it's a good idea to write it as a stencyl file, I'm teaching it to my students and last semester it took them a longer time to import the crash course as a folder. Thanks for that. The only problem is that they will probably try to double click and open it in stencyl, while it only works for me if I use the import.
-2 6 years, 11 months ago

FrancyP
When I'm creating a new game I recieve this log

Dannyboyc87
The crash course kit is different then the one showing here. I get a pronger character and mambo? somethings don't work with this pack. Is it broken?
-2 7 years, 2 months ago

We have completely rewritten this Crash Course to make it clearer and followable from start to finish. In order to avoid confusion, we have cleared out the comments for the old crash course.
3 7 years, 3 months ago