Stencylpedia → Getting Started with iOS

Getting Started with iOS

This is Part 1 in a three-part series.

Tip: You can push your app to older devices by exporting an IPA and installing the app through iTunes on those other devices. Some have succeeded in testing on iOS devices with older versions directly from their computer.

We recommend installing Xcode directly from the Mac App Store. This guarantees the latest version and simple, in-place updates.

Alternatively, you can grab it from Apple's Developer Site.

Disclaimer: We do not officially support developer previews of Xcode. If you insist on using them, make sure that the folder in which the install resides is called "Xcode" rather than "Xcode-DP-XXX".

After installing Xcode, launch it. Then, do the following. 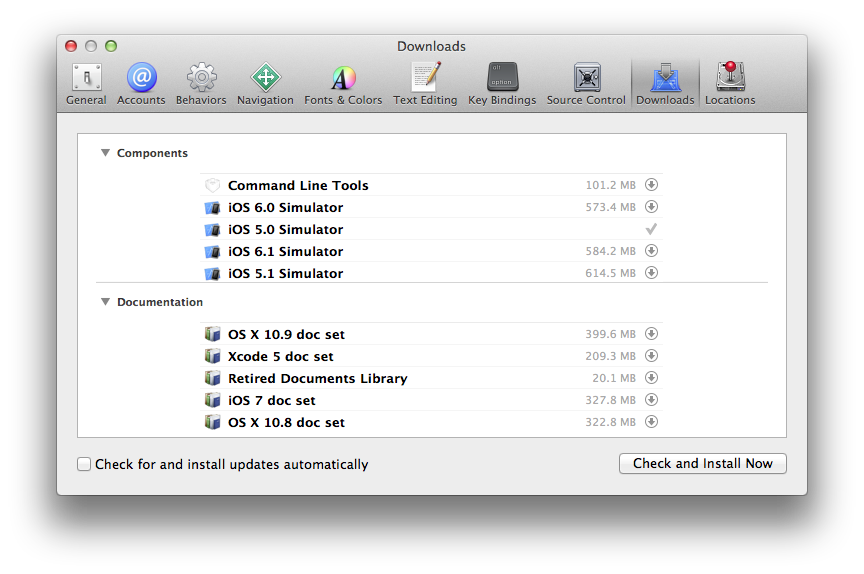 After they finish downloading, close Xcode.

If this is your very first time developing games on iOS (or if you updated Xcode), you must register your computer with Apple's system. 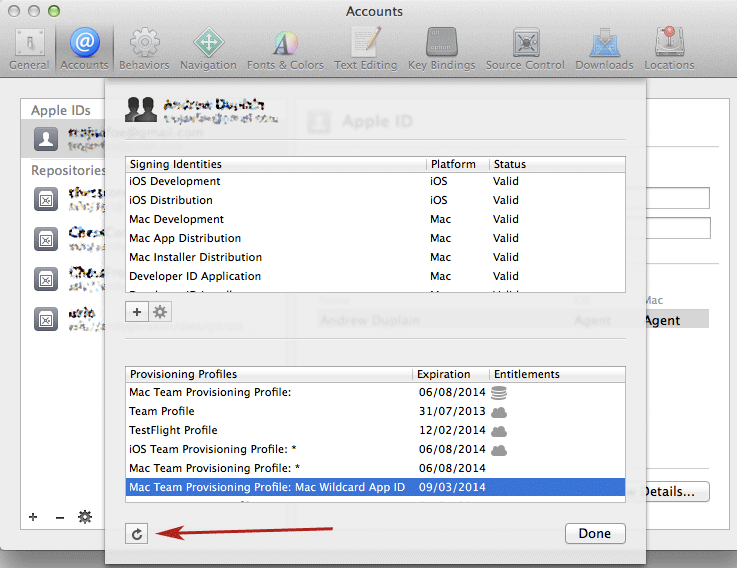 If you forgot to do this, or this has to be redone, you will find that you are unable to test on your device and get an error message along the lines of "no matching profile" (which makes no sense because you are just testing locally on your device).

Still having trouble? One user had to remove his account from the Accounts page and add it back in.

Step 4: Test in the iOS Simulator

Now, launch Stencyl and create a brand new game with a blank scene. The game's name and details don't matter -- you'll just be testing that the iOS Simulator works before you try out anything more complex, like your own games.

Now, the app will build for a while, depending on how fast your computer is. If you want to remove the suspense from this process, click Log Viewer in the top toolbar, and you'll be able to follow along. Rest assured that the process only takes long the first time and will be faster every time thereafter.

At the end of the process, the iOS simulator will automatically launch the game. 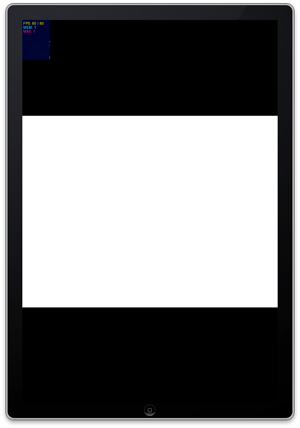 Step 5: Test on an iOS Device

Now, let's do the same thing except on an iOS Device. Using the same game, do the following.

Again, it will go through a lengthy build process like explained above.

At the end of the process, the app will install to your device, and Stencyl will tell you that it's ready. You must launch it manually by tapping it - it won't auto-launch from Stencyl.

If you are unable to test on your device and see an error along the lines of "No Matching Profile", you need to register your system with Apple.

See Step 3: Register Your System earlier in this article for details.

Apple generally forces you to use the latest version of Xcode and iOS on your Mac. This may be newer than what you have on your device. Unfortunately, this can lead to a mismatch in versions.

Generally speaking, the "major" versions of iOS have to match between your Mac and your device. For example, if your Mac has iOS 9, your device must also have iOS 9 (minor version differences like iOS 9.1 vs. iOS 9.0 are usually OK). It just can't have iOS 8.

Next: Set up Certificates

Read our comprehensive guide on how to set up certificates, so that you can publish your game to your friend's devices and the App Store.

Aside: Why does it take so long to build the app the first time?

Stencyl is based around Haxe. In order to build native iOS apps, Haxe is translated to C++ which in turn is compiled to machine code. Although the Stencyl engine is compact, the Haxe code it depends on is large and has to be re-compiled for each new game.

Mercifully, this is only the case the first time you run a game on a given platform (where iOS Simulator and iOS Device are considered separate platforms). Second runs and onwards are much faster. Flash games are not affected by this quirk.

NerdinaNutshell
Might be a good idea to add that it costs $90 to become an Apple Developer
0 3 years, 2 weeks ago

Karan Patel
https://www.techgiga.net/games-for- ios/
Apple’s iOS is the second most prominent smartphone operating system outward there in terms of the number of games for iOS that run on it. Got an iPad or iPhone and want to play tremendous and exciting games, but most of them are costly. Then, no necessity to worry. As you’ll observe in our wrangling of the most distinct zero-cost sports games, shooting games, puzzles, and driving, some of the most enjoyable mobile gaming actions don’t take anything whatsoever.

kinlaap
I cannot get this to work with the latest version of Stencyl and X-Code. The article is very outdated. Does anyone have any updates on this?
2 5 years, 2 months ago

ohgem
This article is very outdated, but one way to install the proper command line tools for Xcode on your Mac device:

Open the terminal and type in "xcode-select --install". The rest is pretty straight forward from there. Hope this helps someone!

manaskk
there is no more that refresh button in the latest version of xcode
1 6 years, 6 months ago

SquarePug
In reply to the last comment by "sp3416".

I only have the stencyl indie package at the time of writing this comment and can still test apps, but not publish them.
0 7 years, 4 months ago

sp3416
Just to be clear, if you only want to test the game, you still have to have Stencyl pro to be able to do that?
1 7 years, 5 months ago

betofantasioso
When I compile I got the following error at the log viewer: